Home
Loneliness
Can Loneliness Be a Man's Greatest Asset? 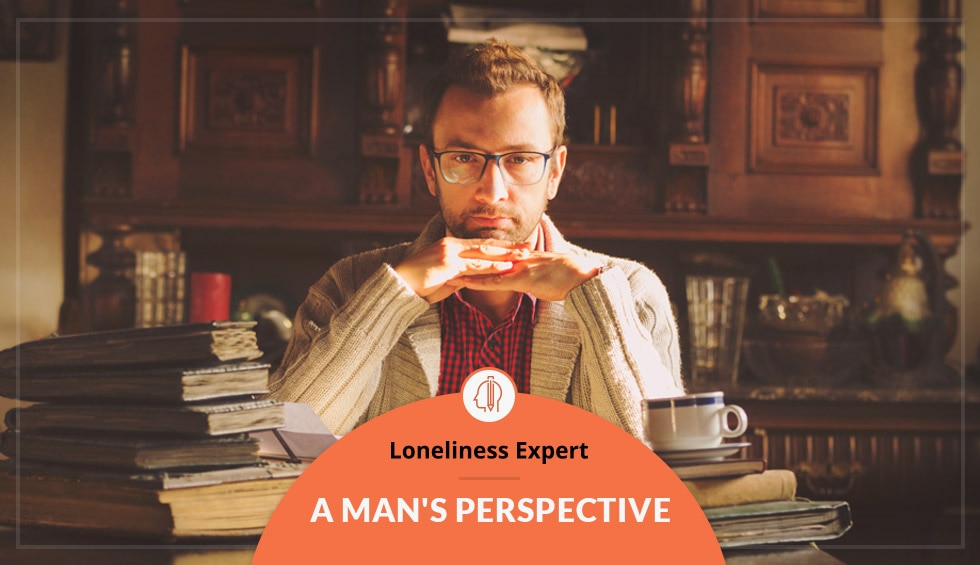 Do lonely men have a built-in advantage over their female counterparts? More importantly, do they actuallybenefitfrom being alone?

Most men are used to dealing with loneliness because it starts in the formative years. Society encourages parents to fawn over little girls, to make them feel like princesses. Most girls get the majority of attention from day one and learn quite early how to get what they want through simple manipulation. Boys do this too, yet as they grow older this is usually frowned upon. Being raised to be strong, self-sufficient, and protective of women, boys learn from the outset that women are to be fawned over, prized, and put on a pedestal.

Then comes the harsh reality of puberty.

Hormones start to kick in. The average girl, who generally matures earlier than most boys, begins to realize her sense of worth through beauty and charm. This newfound ability to get her way goes straight to her head, and she wields this power over her hapless male peers like a razor sharp battle axe. Any young lady who is even mildly attractive need not worry about being alone-ever, and she knows it.

Boys, however, must live with a totally different reality and adjust accordingly in order to learn how to cope with loneliness.

Most boys, upon hitting puberty, find themselves in a great vacuum of sexual powerlessness. With time comes boldness for most and success for many. However as any young man growing up can rightly testify, rejection and loneliness are just two constants that must be dealt with whether one likes it or not.

As time marches on many men whodohook up cling to the woman in their life not so much out of love and loyalty, but from an acute fear of being alone. Women do this too but let's be real, with all things being equal it is always going to be easier for women to find a new partner (regardless of their degree of compatibility) than it is for men.

But can loneliness be good for you? What possible purpose can the heartache of loneliness serve?

Here's what to do when you feel lonely: If you consider how this emotion makes you feel and think, then you will easily recognize that it alerts you to the fact that your relationships are inadequate and your needs to belong are not being met. Beyond that, loneliness motivates you to take necessary action that will relieve it. Emotions do have a purpose, regardless of how unpleasant some of them can make us feel. When you can look at it this way, being by yourself isn't half as depressing as you thought.

Think back to some of the relationship failures you've had in the past. Do you really think you would be better off if things had worked out, or do you have a gut feeling that you actually dodged a bullet by losing the women you have lost? Sometimes we get so wrapped up in the sense of loss, that we fail to see the big picture.

That's because being alone and being lonely are not the same thing, but they're both stigmatized in our society.

Once you learn how to deal with loneliness you may discover that there are good reasons to remain single, if you're not the codependent type.

Single men may have closer friendships than their committed counterparts. Also, many unattached men are happier because they view loneliness as the ladder to their success, and recognize the positive effect being unfettered has on them.

That is why in the shards of your most broken moments, you have a golden opportunity to discover your true self and in turn, learn how to not feel lonely. When you feel alone, you will be depressed initially but will be more focused later, because you aren't dependent on anyone. This gives you a chance to actually know thyself.

Feeling lonely and depressed is not a death sentence. In fact, people who learn how to get over being lonely are often astonished to find themselves truly capable of love, of sharing, of going into the deepest core of another person. They do this without possessing the other, without becoming dependent on the other, without reducing the other to a thing, and without becoming addicted to the other. They allow the other absolute freedom because they know that if the other person leaves, they will be as happy as they are now. Their happiness cannot be taken by another because it is not given by another.

Can you die from loneliness? Perhaps. But can you still lead a rich and fulfilling life when feeling alone in the world? Absolutely!

Author of How to Stop Looking at Beautiful Women (and Start Dating Them) available at https://payhip.com/b/DkA2

Author of How to Make Women Chase You available at https://payhip.com/b/B8W5