Home
Loneliness
The Social Pain that is Loneliness: Psychological Point of View 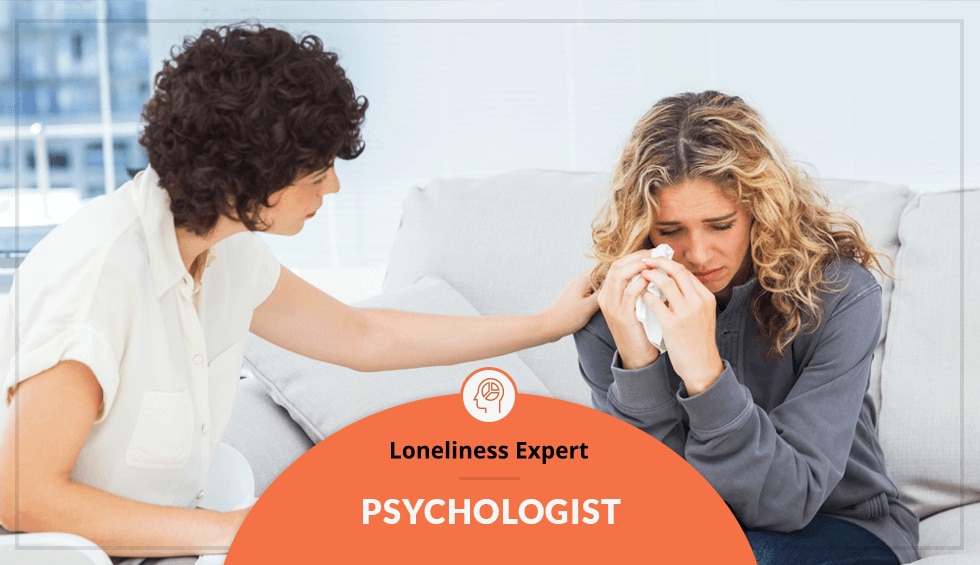 If you have ever felt lonely, that means just one thing: You are human. Everyone feels lonely some of the time.

Loneliness is not as simple as being alone. Many people live alone or spend long stretches of time by themselves without feeling lonely. Conversely, people can, and often do, feel lonely in their marriages, in boisterous group settings, and in all sorts of situations in which other people are around.

People feel lonely when their social relationships are not what they want them to be. Your own preferences are what counts. If you are someone who craves many close connections, you will need more social ties to ward off loneliness than if you are someone who is happy with just a small number of important people in your life.

Just spending time with other people is not always enough to keep loneliness at bay. What is important is to have relationships that are meaningful.

Experiencing loneliness now and then is not a cause for concern. However, when loneliness is especially intense, and when it persists for a long time, then it is more worrisome. Loneliness is socially painful in the same way that getting injured is physically painful.

It is easy to find dire claims in the media about the perils of loneliness. A common one is that loneliness is as bad for your health as smoking. It is true that the more loneliness people experience, the more likely they are to have health problems. The implications of prolonged loneliness are serious. But the links are not ironclad. Just because you are lonely – even very lonely – does not mean that you will inevitably experience poor health, more rapid aging, or a shorter life. The findings are just averages. On the average, lonelier people are less healthy, but that does not mean that every lonely person is in poorer health than every person who is not feeling lonely.

People who feel very lonely often feel badly in other ways as well. Often, they feel depressed. Loneliness and depression are not the same, though. If you are lonely, what hurts is not having the close and meaningful connections that you want. If you are depressed, your bad feelings are not specific to relationships. They can be much more general.

Lonely people tend to experience more anxiety than people who are not very lonely, and sometimes more anger, too. Their self-esteem may be more fragile and they may be less optimistic. Everyone cares about what other people think of them (even if they tell you that they don’t) but lonely people worry about that even more than most people do. They are especially fearful that other people will view them in negative ways. 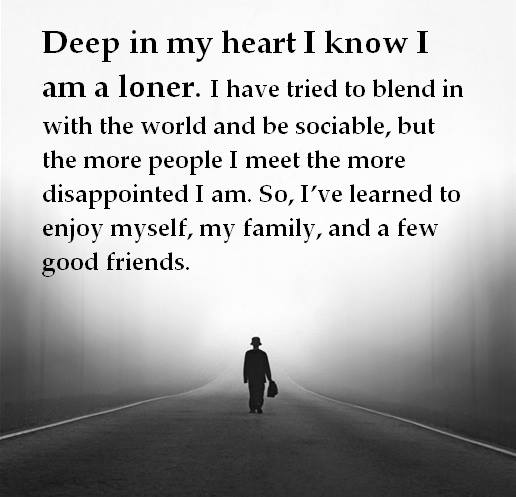 If problems with social skills are not standing in the way, then why is it that people who are lonely do not have the social relationships that they want? Sometimes it is their anxiety that is the problem. They want to form close relationships, but they worry that they won’t be successful. They fear that other people will reject them and that fear undermines their attempts to get close to people.

John Cacioppo and William Patrick, who wrote the book called Loneliness, propose an EASE model as a way for people who are feeling lonely to ease into social connections. The first E in the EASE model stands for “extend yourself.” The authors urge people to start small. Although your ultimate goal is to have relationships that are close and meaningful, the first steps can be simple ones, such as striking up simple conversations while you are waiting in line at a grocery store or browsing in a bookstore. They key is to be open and available to other people.

The A in the EASE model refers to an “action plan” and the S is for “selection.” Plan your social activities so that you are doing things you enjoy. Be selective about the kinds of people you want to meet. If you like quieter people, you would probably be better off going to author readings, for example, than bars or night clubs.

The final E in EASE stands for “expect the best.” People who are feeling lonely can be even more sensitive to criticism than other people are. It might help to try to set those fears aside, and approach people in positive ways. Of course, there are no guarantees. Even if you are warm and gracious, it is possible that other people will not react in kind. Keep in mind that their cool response might have nothing whatsoever to do with you. Maybe they just had a very bad day or they are just tired. Move on and try someone else.

Because loneliness is about the close human relationships we do not have, solutions involve finding ways to develop more meaningful human relationships. There are, however, other ways to experience more happiness and fulfillment. For example, many people find great joy in their pets. There is even research showing that being with your pet in a stressful situation can do more to relieve your anxiety than being with a spouse.

Amidst all the angst about loneliness, we sometimes lose sight of some of the profound benefits of solitude. Time alone can be good for creativity, relaxation, rejuvenation, spirituality, and personal growth. Instead of worrying so much about having too much time to yourself, think about how to use that time in ways that are personally fulfilling.

Here is one more way to increase your chances of forming the kinds of meaningful relationships that will do wonders to lessen your loneliness: Be thoughtful about your living arrangements. If you are living alone but would rather live with other people, try to find shared housing. Look for roommates who are interested in friendship and not just a place to live. More and more often, people of all ages are sharing homes with friends or with acquaintances who will become friends.

Is it instead important to you to have a place of your own? You can have that, and opportunities for friendship, too, if you live in a place with other people nearby. That could be an apartment building that includes social events or spaces for people to socialize (such as meeting rooms, a place for barbecuing, or a rooftop pool or garden). Or it could be a community, such as a cohousing community, in which people come together with the explicit purpose of being neighborly. People in such communities have homes or apartments of their own, but they also have many opportunities to see each other over the course of their everyday lives.

There are all sorts of innovative ways to live, as I found when I traveled the country and interviewed people for my book, How We Live Now: Redefining Home and Family in the 21st Century. If you find or create just the right place to live, then you may also find the people who will make your life rich with social connections.