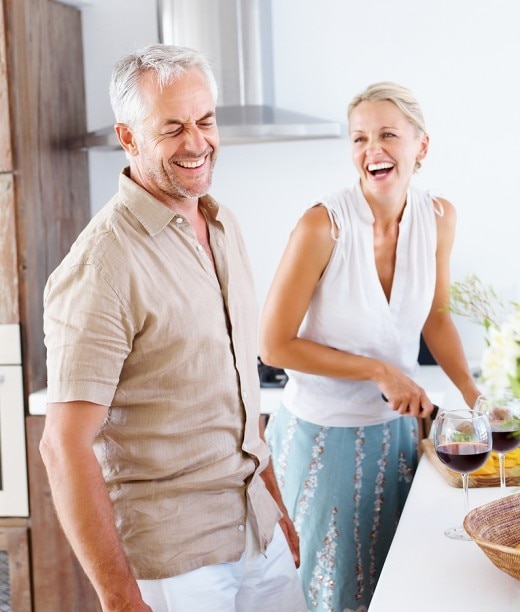 What happens when you meet someone that you think could be your perfect match, only to learn that they’ve never been married? You probably start thinking that there is something incredibly wrong with them.

You may even believe some of the negative stereotypes that are associated with people who are single in their 40s. You aren’t the only one. In fact, here are some common myths that people tend to believe about singletons.

If he is in his 40s and never has been married, there’s probably a reason, right? The truth is married or single, a jerk is still a jerk. You would do well to remember that never having been married doesn’t necessarily mean that he is a jerk, he just might not have met a woman he wants to wed.

He may not have ever been married, but this doesn’t mean he jumps from woman to woman looking for another conquest. Women often believe this particular stereotype because they seek to have some sort of control over their experience dating.

3. He is afraid of commitment.

Many times this particular statement couldn’t be more wrong. In fact, chances are he was ready to settle down and proposed to a special woman, only to be turned down because she wasn’t ready.

He may not have wanted kids when he was younger, but priorities change and he may now want to have a few kids of his own, now that he is in a better off financially speaking and is secure in his career.

Just because a woman isn’t married yet does not mean she will accept a date or a marriage proposal from just anyone who asks. Maybe she’s working on advancing through her career or she has other things on her plate that prevents her from dating? You never know what’s going on in her life, so why assume?

We all want to be with someone who just gets us and if we can’t find them, why would we settle down? Often times when a woman isn’t in a relationship, people assume it’s because she has incredibly high standards—sometimes unrealistically high—when it really means she refuses to settle the wrong person.

7. She can’t be in a serious relationship.

Never married doesn’t always equate to “never having a serious relationship.” There’s absolutely no reason why you should assume that simply because she is single now that she hasn’t been in a long term relationship before. To believe this is just wrong and that you shouldn’t even worry about her past relationship status and get to know her for who she is.

8. She’s committed to her job.

Although her career may be important to her, being single doesn’t mean she doesn’t want to be in a relationship because her career holds precedence over everything else.

Many successful women can manage a career and a love life. So if you’re attracted to that smart business woman, don’t assume that she won’t go out with you. Ask her out and enjoy her company, just like you would any other woman.