Home
Dating Over 40
Top Dating Tips for Men Over 40 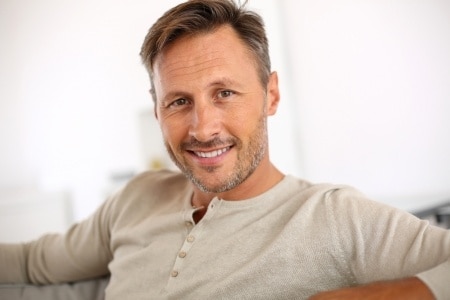 The divorce rate continues to climb and the older you are, the higher your chances of falling victim of a divorce petition. Statistics suggest that the older you become, the more likely you will encounter divorce, and you’ll have to look for a new person to date.

What happens to the men who have spent the majority of their lives in a marriage, and they suddenly find themselves single? They aren’t excited to get back into dating, and some even fear it.

They say things like they can’t go out with someone because they’re over 40, and they aren’t anything like they were when they were younger.

We have gathered some important tips that will help you reenter the dating world as a man in his 40s.

Dating Tip 1 – Don’t date. You might be wondering how you are expected to meet someone amazing if you aren’t actively dating. Well, first off, the traditional date consists of awkward silences, forced conversation, and silent judging. Doesn’t sound like something you want to do, right? Instead of going on a traditional date, change it up and do something simple for the first date—like meet up for a cup of coffee. It’s affordable, it’s relaxed, and it doesn’t come with the normal expectations of dating.

Dating Tip 2 – The less effort you put into it, the more she will be interested in you. You’ve heard of the “less is more” theory right? This is especially true when you are dating someone. Beautiful women have heard every pickup line, cheesy compliment, and lame attempt to steal her heart. However, when you don’t do the things she expects, you are creating a veil of mystery around yourself and women really turned on by that.

Dating Tip 3 – Be a combination of a bad buy and a nice guy. Do you remember that guy in school who was known as the class clown? He had all the jokes, but he was also charming and cool, too. When you are talking to beautiful women, you have to pull out all the stops to appeal to her. You can really get her attention by saying some mischievous comment and then pretending that it accidentally slipped. She’ll start thinking more about what you’ve said, and you’ll be seen as this enigma.

Dating Tip 4 – Always be yourself. These means don’t try cheap pickup lines, don’t try any corny jokes. These women have heard them all before, and they aren’t going to be super impressive coming from you. Instead, be genuine and thoughtful. She’ll take notice of the things you say because she hasn’t heard them before. Or, if she had, she hadn’t heard them from a guy quite like yourself.

Dating Tip 5 – Be aware of the tests. Women will test your commitment to her. She’ll see if you’ll stand up for her, if you’ll cheat on her, or if you’ll talk badly about her. She’ll try and push her limits and see how far she can get away with things. When you show her that you can stand up to her and won’t take her nonsense, she’ll see that you’re a keeper and will be wild for you.