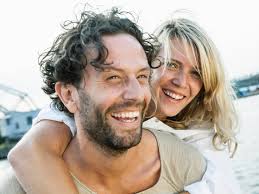 If you are tired of being alone and single, see what you can do to change it when you read the most common lies we tell ourselves about love after 40.

1. All the men worth dating are already taken. This is a common lie woman will tell themselves when they are dating again at 40. If you look at things from a statistical perspective, there is a pretty even split of single men vs. single women.

2. I’ve already had my chance for love. Widows and divorcees are under the impression that they can be only one person in their lifetime. Once they’ve experienced that deep love they’ve been searching for and they ultimately lose it, that isn’t a logical thought to have. Out of the billions of single people on this planet, there is definitely more than just one person for you to love.

3. Looking for someone to love isn’t worth the hassle. Yes, dating is tough. Yes, dating can feel hopeless sometimes. That does not mean you have to give up entirely. Many times people get so overwhelmed by the thought of dating and trying to meet someone that they’ll refuse to follow through.

4. If the guy isn’t everything I want, I don’t want to be bothered. Women don’t understand that the chances of finding a 10 are incredibly difficult, if at all possible. The chances of your dream man showing up in your life at the exact moment that you’re looking for him is slim to none. You’ll have to meet a lot of men and do a lot of dating for you to finally come close to your 10.

5. He isn’t as good as my girlfriends are. Of course, he isn’t. Your girlfriends and your boyfriend shouldn’t be on the same playing field, let alone be compared to one another. Men and women aren’t brought up the same and therefore won’t react to things in the same manner that you’re hoping for. Ladies, if you want to date someone like your girlfriends, go get yourself a girlfriend.

6. Most guys are cheaters, liars, and players. Women who have experienced heartache before usually have done so because the guy did one of these three things (or maybe even all of them). Naturally, she is going to feel angry, betrayed, and perhaps a little skeptical about another guy’s intentions. However, she needs to realize that not all men are the same, and she has to be able to approach dating someone new with an open mind.

7. There aren’t any interesting men I’d like to date. Whenever you are going out with someone new, it may not be all that easy to break the ice, and because there is more silence on the date than real conversation, she might write him off and assume that he is boring. However, we recommend that you give any guy you meet a chance to show you his personality and the things that interest him. You never know, he could be more interesting than the woman!

By clicking the submit button above you expressly consent to our Privacy policy including use of profiling to find you matches and you agree to our Terms of use, and to receive newsletters, account updates, offers sent by