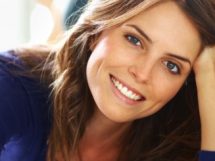 Being in your 30s has given you enough time to figure some things out about dating. Here are the top 10 things 30-year olds know that younger folk don’t.

1. Being vulnerable isn’t a weakness. Many people have gone through things in their lifetime that has hardened them to the point where saying “I love you” or asking someone for help is hard for them. When you hit your 30s, you’re a little more aware of things and understand that it is okay to let people in sometimes.

2. Expect to experience disappointment. Life will either hand you roses or lemons. Sometimes you get more lemons than you’d like, and that sucks, but it especially sucks when you get those lemons from people you thought you could trust. The point is, you’re going to be disappointed at one time or another while dating. The real trick is knowing how to turn that lemon into sweet lemonade (getting past that disappointment and moving on).

3. One day your partner will take you for granted. Sadly, when you’ve been with someone for any length of time, chances are they may start treating you like the help and take you for granted. They may not appreciate the time it took you to prepare a delicious meal or to fold their laundry. When this starts to happen, either say something and put them on track, or end things—you shouldn’t feel unappreciated.

4. Bad sex is always a possibility. No matter how long you have been dating someone, sometimes bad sex is going to happen. Perhaps one person is in the mood, and the other isn’t feeling it so much. That doesn’t mean the relationship is going to be doomed. Just communicate with each other and let them know what they are doing wrong as well as what they are doing right. With a bit of patience, you’ll start having good sex once again.

5. Keeping promises should be a priority. If you’re dating someone who makes promises but cannot keep them, then that’s going to a big issue. A person can take only so much consistent disappointment before they crack! Take note of the early signs such as, not calling when they say they will, not doing something that they said they’d take care of, or just disregarding your feelings even after you’ve told them repeatedly how you feel. If they continue to break promises or disregard your feelings, then you know this person isn’t a good match.

6. Avoid Drama Queens. We’ve all dated that one person who over-reacted about everything, regardless how small and non-important it may have been. Most of the time you date these sort of people when you are in high school, college the latest. However, a few of these drama queens have been known to exist well beyond their teenage years. You know the signs of a drama queen and because of that, you are better able to avoid them completely.

By clicking the submit button above you expressly consent to our Privacy policy including use of profiling to find you matches and you agree to our Terms of use, and to receive newsletters, account updates, offers sent by