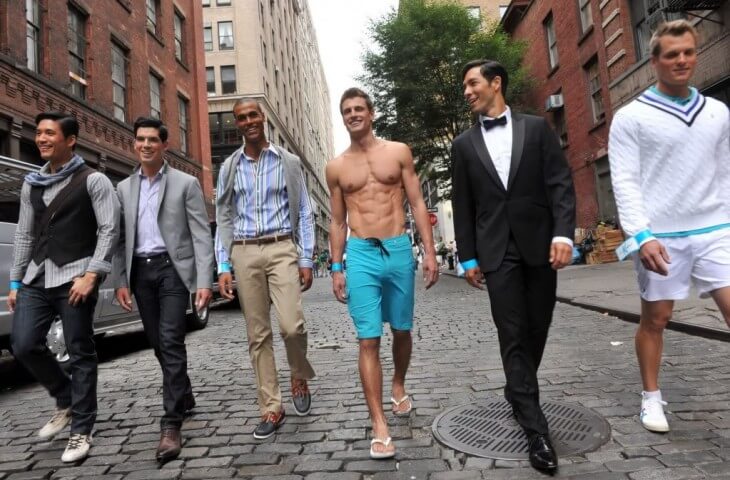 Men are a curious bunch, even more so if they are in their 30s. Here are 7 types of 30-something men you’ll always meet.

Ah, the complete package. This guy is smart, well-traveled, athletic, and is romantic. He has a great career going for himself, but he isn’t a workaholic. He’s more of a family man. This kind of guy might seem like he has everything together, but he is lacking a girlfriend. He wants a woman who is just as great as he is, but he has high standards and is never satisfied by the women he does meet.

2. The New Lease on Life Guy

This guy has dated the same woman since high school, even though he never really seemed too happy about it. Now that he is single, he plans to tackle the dating world with gusto. He doesn’t know how to be single, but he’s thrilled that he is.

Not only is finding a partner difficult, but this guy also has it that much worse because he has to marry someone who is of the same background/ethnicity/religion as he or his family will basically disown him. It sucks, and many times he may try to rebel, but he gives it up when he and his girlfriend isn’t allowed over.

This guy doesn’t like women, and they don’t like him. He is pretty clueless about women, but that doesn’t stop him from banging every chick that will give him the time of day. In his youth, it was a lot easier hitting on chicks, but now? Women his age have no patience to deal with his BS.

5. The Guy Who Hit His Prime too Early

This guy was everything that a girl could ever want. The keyword here: was. When he was in his late-teens and early 20s, every woman he met wanted to be the center of his attention. Except, now that he’s 30, he’s balding, he has a dead-end job, and his approach to life is kind of boring.

6. The Guy who Finally Became a Great Catch

This guy used to be a loser that no one wanted to date. He may have been overweight, had bad acne, played Dungeons and Dragons and was the quintessential loser. However, time has been really good to this guy and now he is quite the catch. Because this newfound hotness is still new to him, he assumes that women are still out of his league.

7. The Normal Guy Who is Still Looking for the Right Woman

This guy is out there enjoying his life. He likes everything about his life, and he isn’t in any rush to settle down. However, people in his life are concerned because he is still single and doesn’t seem to be getting a girl anytime soon. This guy just wishes people would back off and mind their own business—and stop pitying him!

Find your ideal man at http://www.loveagain.com/