Dating Older Women: Join and Meet Women Over 50 at LoveAgain.com 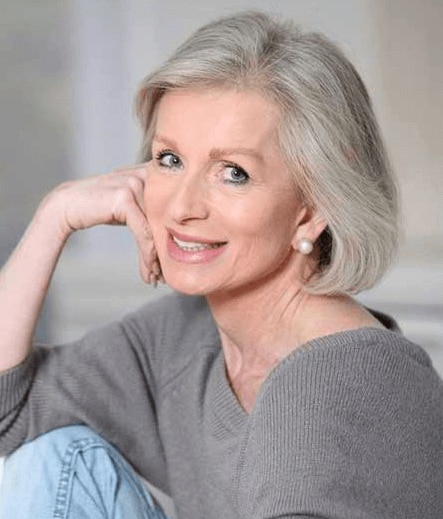 Of all the people in the world who join online dating sites, many young men join the sites that cater to helping older women looking for younger men. These websites are designed to bridge the age gap between older women and their younger male counterparts by creating an atmosphere where age isn’t necessarily an important factor.

Contrary to what people would lead you to believe, there are plenty of reasons why guys would want to meet older women and start dating them. According to the experts at LoveAgain.com, a popular dating site where there is no shortage of young men interested in dating an older woman, here are three top reasons for this May/December attraction:

1. An older woman is more independent than her younger counterparts. Guys who are interested in dating older women are drawn to the fact that these women aren’t as needy as a younger woman, and he doesn’t have to worry about her being too clingy like younger ladies.

2. A big difference a lot of men find when they date an older woman is that she is much more assertive than younger ones. She knows what she wants in a partner and in life, and if you can’t (or won’t) provide that, she won’t hesitate to kick you to the curb.

3. The beauty about dating attractive older women is that they have some life experience behind them, and they can offer up good conversation instead of vapid chats about things that are going on in the celebrity world (or other nonsensical topics).

Of all the relationship combinations out there in the world, the phenomenon of older women dating younger men is becoming much more socially acceptable than ever before. It’s been a common belief that once you became a certain age, it would be difficult to find anyone who wanted to date older women. Fortunately, those days (and horrible misconceptions) are long gone. Why, there are countless older women dating sites that are designed to help these mature women find romance, be it with a younger guy or with someone her own age.

What people may not realize is that these ladies have a wealth of life experience under their belts. This experience can only enrich the relationship because she knows how to pick her battles, how to communicate effectively with her man, and she understands what it means to be in a serious relationship. It is because of these reasons that dating an older woman is so desirable for so many men, both young and old.

On the other side of that “older women with younger men” coin is that there are numerous younger women who are looking to date an older guy. While this is much more common and even acceptable, it shouldn’t give pause to the older women dating again, regardless of what male audience she is trying to attract. The fact remains that an older woman is just as attractive, alluring, insightful, and full of life as that hot 20-year-old.

What to Expect from Older Women Dating Sites

Typically when you go out into public, and see older women dating a younger man, you might take a second glance and wonder how that relationship came to be. It rarely even crosses your mind that perhaps the two are together because they found each other online.

When you join an older woman dating site, you are going to be among countless single men who are trying to win the affection of a lady who has had a lot of years of dealing with men. This woman will be much more likely to call you on the things you say if she feels that you’re being dishonest or trying to be slick.

Be that as it may, if you want to win her heart truly, it doesn’t take a whole lot on your part. One of the most important things older women want is honesty. She wants a man who says what he means and is truthful. She doesn’t need him to placate her whims and tell her things that he thinks she wants to hear. Life has taught her to look for honesty above all else because when someone is honest with you, you know that the relationship is built on a strong foundation.

You’ll discover that when you join a dating site like LoveAgain, which is devoted to helping people meet their potential matches in a judgement-free zone, you are much more likely to create a bond with someone special. All it would take is a few minutes to sign up and create a profile, and after that? The rest could be history should you meet the right person.